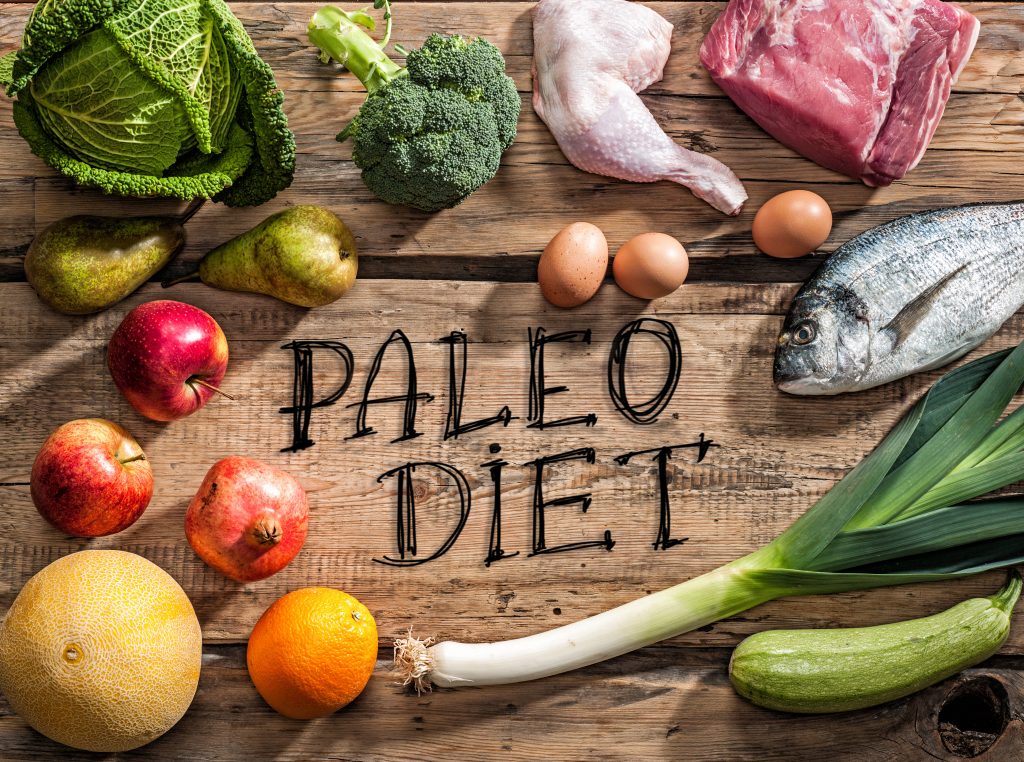 If you’ve decided to take the plunge and try the paleo diet, then you’re probably doing your best to stick to the diet and follow the list of foods you can and can’t have. But there are definitely some gray lines. Of course, there are also several versions of this diet, which can make following it correctly even more confusing. Many people interested in giving paleo a try often wonder “can you eat rice on paleo diet?” When eaten in moderation, rice can be a great addition to any diet since it’s packed with nutrients. But does that mean it’s paleo-friendly? Let’s find out.

Can you eat rice on paleo diet? Yes and no. There are many versions of the paleo diet to choose from. Some will allow you to have grains while others will not. Additionally, brown rice contains lectins and phytates, which can make digestion difficult. White rice tends to be easier to digest, however, it’s pure glucose so it may cause a significant spike in blood sugar. Whether or not you incorporate this grain into your diet is totally up to you. However, if you often feel bloated after you eat rice, then sticking to other carb sources such as root veggies, may be a better option.

If you love brown, jasmine, or white rice, then making the switch to paleo may have you feeling a little anxious. Many people include rice as a staple in their meals. A meal without grains just doesn’t feel like a complete meal. But is rice allowed on the paleo diet? In most cases, it’s not. A strict paleo diet consists mainly of grass-fed butter, meat, and fruits and veggies. But new versions of the paleo diet are popping up all the time, which is what makes following this diet so confusing to many people. The right or wrong way to eat paleo can essentially ruin your weight loss efforts. If you’re working out in addition to eating right, then not knowing what foods to avoid and what foods you can have can make it even more stressful since you don’t want to put in all the hard work only to eat the wrong types of foods and ruin all your efforts.

Technically, when it comes to paleo, grains are not an option, especially grains that contain gluten. While it contains no gluten, rice is a grain. However, how easily it can be processed by the digestive tract tends to vary from person to person. Additionally, considering there are several different versions of the paleo diet, some will allow you to enjoy a healthy serving of grains, while stricter diets will not allow rice at all. So, why do some paleo diets allow grains?

Some paleo followers believe that eating white rice is perfectly fine because it provides the body with straight glucose, which the body needs for fuel. However, if you decide to incorporate rice into your paleo diet, make sure you stay away from brown rice since it contains arsenic, lectins, and phytates, all of which can wreak havoc on your digestive system.

There are other paleo followers that believe any type of rice is perfectly fine. But why? Since the paleo diet is meant to follow the same type of diet that our ancestors did thousands of years ago, and rice has been part of our diet for thousands of years, then it makes sense that over hundreds of years our body has adapted to eating it. But does that mean we still should? Additionally, how can you tell if you’re someone who can tolerate eating rice easily?

While rice is a grain, it’s not the same as corn, oats, barley, or wheat. Generally speaking, avoiding grains can be a big step in terms of improving your health, and this includes avoiding rice. However, a serving of rice every now and again isn’t going to harm your health. 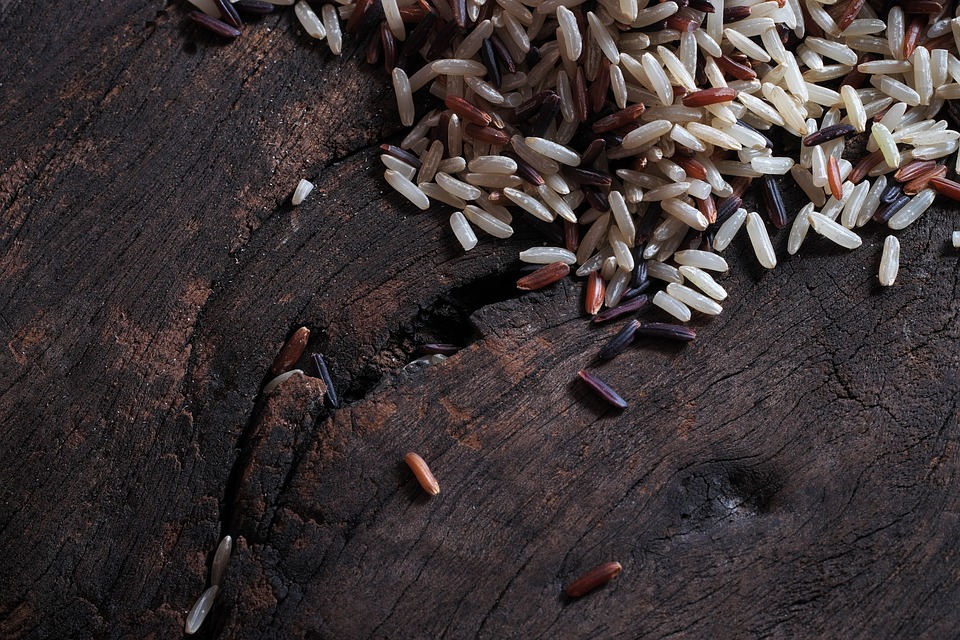 When harvested, white rice is processed in order to remove the hull. The hull contains both fiber and protein. White rice is basically just pure glucose. For lifters and athletes, white rice is a great choice for repairing and refueling. However, if you don’t work out regularly or you’re diabetic, then you should avoid white rice. This type of rice doesn’t contain lectins or phytates. But if you’re sensitive to sugar, fruit or other types of carbs then rice can be a great option. Usually, people who suffer from certain types of digestive issues tend to fare well with this type of rice because it doesn’t contain any fiber. Usually, people with digestive issues tend to be sensitive regarding the amount of fiber they eat. Essentially, white rice can provide a great fuel source that’s fast and easy to digest. Brown rice is considered a whole grain and contains bran. However, it also contains arsenic, lectins, and phytates, which are stored in the hull.

In order to ensure survival, the phytates act as a type of defense mechanism and can make the grain indigestible so when an animal defecates it can still take root in the ground and grow. It also contains lectins which are known to bind to minerals and vitamins, preventing the body from absorbing them. To sum it up, while they can provide nutritional value, since they contain lectins and phytates, they can be very difficult to digest and can even work as an anti-nutrient by hindering the body’s ability to absorb essential nutrients.

Eating sprouted brown rice is a much better option. When the rice is sprouted, it helps to break down the lectins and phytates, while also unlocking the nutrients so the body is able to absorb them and put them to work. However, a small amount of lectins and phytates will still remain.

So Is This Grain Paleo-Friendly?

Yes and no. If you decide to eat this grain while you’re on the paleo diet, make sure you choose sprouted brown rice in order to protect your gut lining from inflammation and irritation.

Paleo isn’t a low-carb diet and there isn’t a restriction on how many grams of carbs you can have per day. However, this diet is meant to be low-inflammatory. Since inflammation is a consideration, on paleo, the recommended carb source includes root veggies, and fruit in moderation.

Can I Use a Rice Cooker for Brown Rice?

What is a Paleo Substitute for Rice?

Most people will use cauliflower in place of potatoes and rice since it can take on similar textures, depending on how you prepare it. Cauliflower rice is usually a popular option and it’s low in calories and won’t cause that bloated feeling that some people experience. Sweet potatoes are another great substitute and can also help to curb any cravings you may have, especially if you have a sweet tooth.

What Foods Can I Have on Paleo?

When you’re on the paleo diet you can have seafood, grass-fed meat, veggies, eggs, nuts, seeds, healthy oils, and fruit. You should avoid eating cereal grains, legumes, dairy, refined sugar, white potatoes, processed foods, candy, junk food. Some versions of the paleo diet will allow you to have coffee and grass-fed butter.

As I’ve mentioned, there are many versions of the paleo diet to choose from. In terms of which diet you should try, I recommend following a stricter diet if your goal is to lose weight. Losing weight isn’t easy. By following the paleo diet and closely sticking to the approved foods list, you should have no problem losing weight, especially if you’re also working out regularly.

Can you eat rice on paleo diet? You can, but most paleo followers avoid both brown and white rice since it can be difficult to digest, and it can prevent your body from absorbing important nutrients, and can cause a spike in blood sugar. If you’re following a stricter paleo diet, then grains may not even be an option. If you want a safer carb source, opt for fruit, in moderation, or root veggies such as beets or sweet potatoes. Ultimately, whether or not you eat rice on paleo is up to you, but if you’re looking for faster weight loss results I would avoid eating brown or white rice more than once or twice a week.