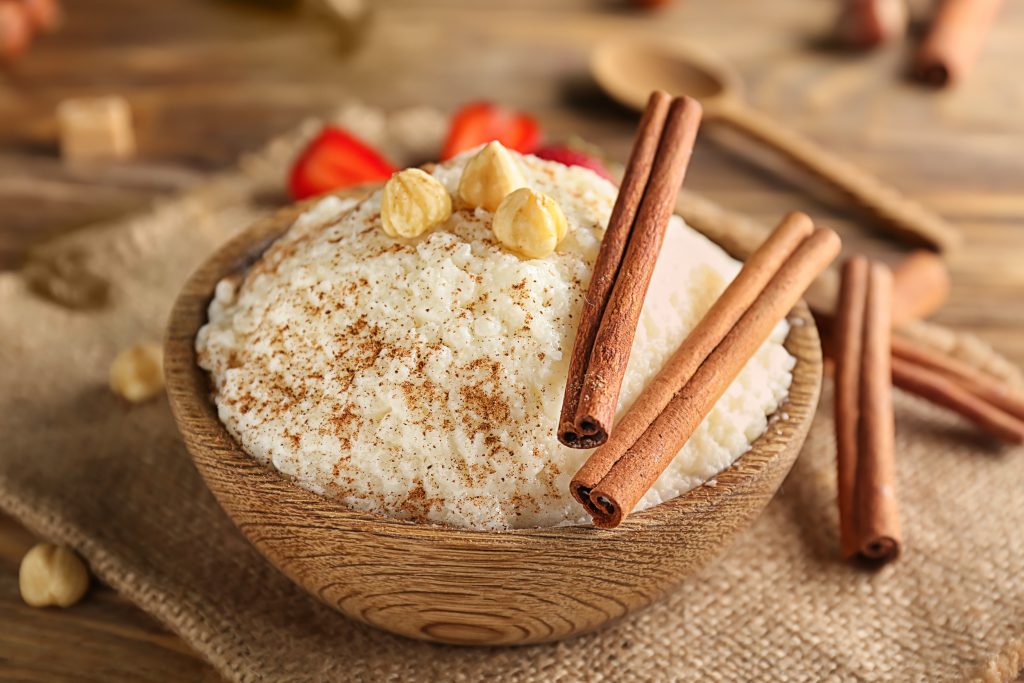 Sweet rice, also known as sticky rice, is a popular delicious side dish that can be found in many restaurants. Its sticky texture makes it stand out from your standard white rice, giving it a unique flavor that’s hard to resist. If you want to replicate that dish at home, then my guide on how to make sweet rice will walk you through the process.

How to make sweet rice the right way is pretty simple. The big secret here is soaking the rice for a few hours prior to steaming or cooking it in a rice cooker. If you decide to boil the rice then you won’t need to worry about soaking before you cook it. If you already have a rice cooker that’s loaded with presets, aside from soaking the rice, preparation is relatively hands-off.

What is Sweet Rice?

This rice can be found in East and Southeast Asian cuisines from Indonesia and Japan, to Thailand. Sweet rice has a much lower fat content compared to long-grained rice.

Really, the big secret behind this irresistible rice is its starch content. Long grain rice has a couple of types of starches: amylopectin and amylose. These starches will prevent the rice from sticking together. Sweet rice only has amylopectin. This starch is water-soluble and because of this, the molecules separate when the rice hits the hot water. This is what gives the rice that fluffy, sticky texture that so many people love. You can find sweet rice in most supermarkets, however, if you’re having a hard time finding the right type, read the labels and look for the term “glutinous rice”.

Sticky rice is almost always a “short-grain” rice.  It is often so short, that some varieties are essentially round.  One of the most popular varieties of sticky rice, and probably the most versatile, is “Koshihikari rice”.

Soaking for the Perfect Texture

While you can boil sweet rice, since it doesn’t require as much water as other types of rice, most people will use the best rice cooker or steam the rice. Whatever method you choose, the trick behind cooking the perfect sweet rice is to soak it before you prepare it. You may also find some recipes that recommend soaking the rice for at least four hours. However, if you’re going to boil the rice, then you don’t need to worry about soaking it. If you’re steaming it, allow the rice to sit in several inches of lukewarm water for as long as possible. Some people will allow the rice to soak for up to twenty-four hours. Remember, the longer the rice soaks, the fluffier it will be. 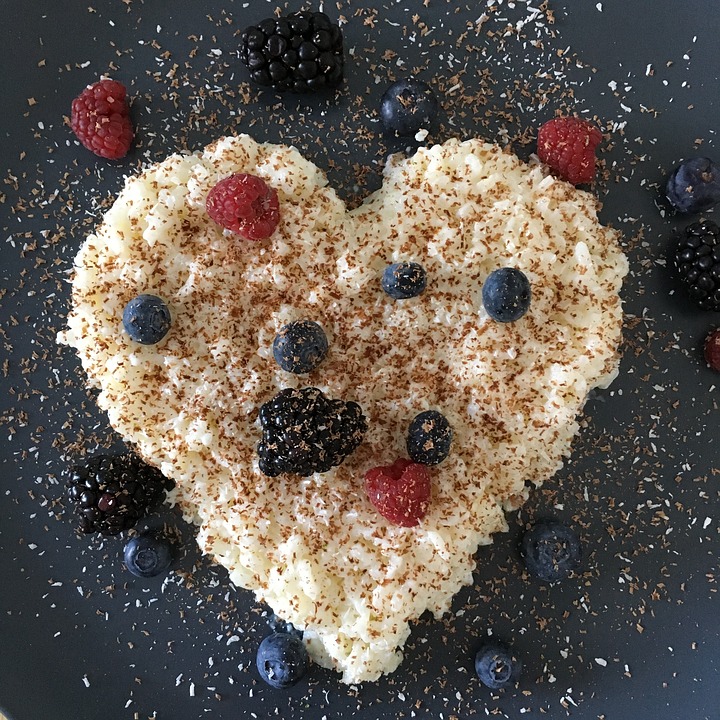 To boil the rice, measure ¾ cup of sweet rice and 1 ½ cups of water. Put the heat on high and bring the water to a boil. Once the rice is boiling, make sure you turn the heat on low and place the lid on the pot, slightly off center to allow ventilation.

Once the water has been absorbed, remove the pot from the burner and fasten the lid securely. Allow the rice to sit for ten to fifteen minutes before serving.

Most people prefer the steaming method, claiming it’s the method that gives the rice that ultimate fluffy, yet sticky texture that so many people love.

Cover the pot and steam the rice for twenty to twenty-five minutes. the rice will need to be flipped and stirred once the time is up. Once stirred place the steam basket back on the pot for five more minutes before serving.

If you’re new to cooking rice, then using a rice cooker to prepare any type of rice can allow you to achieve the perfect results, each and every time.

In a restaurant setting, you’ll find that most places prepare their rice using a rice cooker since they need to make a high volume of rice quickly. Many rice cookers, such as the Zojirushi NS-LGC05XB Micom Rice Cooker & Warmer will automatically switch to a warming setting once all the water has been absorbed.

For this cooking method, you can soak the rice right inside the rice cooker. Use two and a half cups of water and two cups of rice, allowing it to soak for at least an hour. Once it’s done soaking sprinkle in a little salt and switch on the rice cooker. If the model you’re using has an automatic shutoff feature then allow it to work until it shuts off. If it doesn’t have an automatic shut off feature allow the rice to cook for twenty minutes or until all of the water has been absorbed. After it’s cooked, let it sit for five to ten minutes before serving.

Do I Need to Season the Rice?

Many people tend to confuse sweet rice with sushi rice and think they have to add other ingredients such as dashi, sugar, or vinegar. But with sweet rice, all you need to add is a pinch of salt during the cooking process. 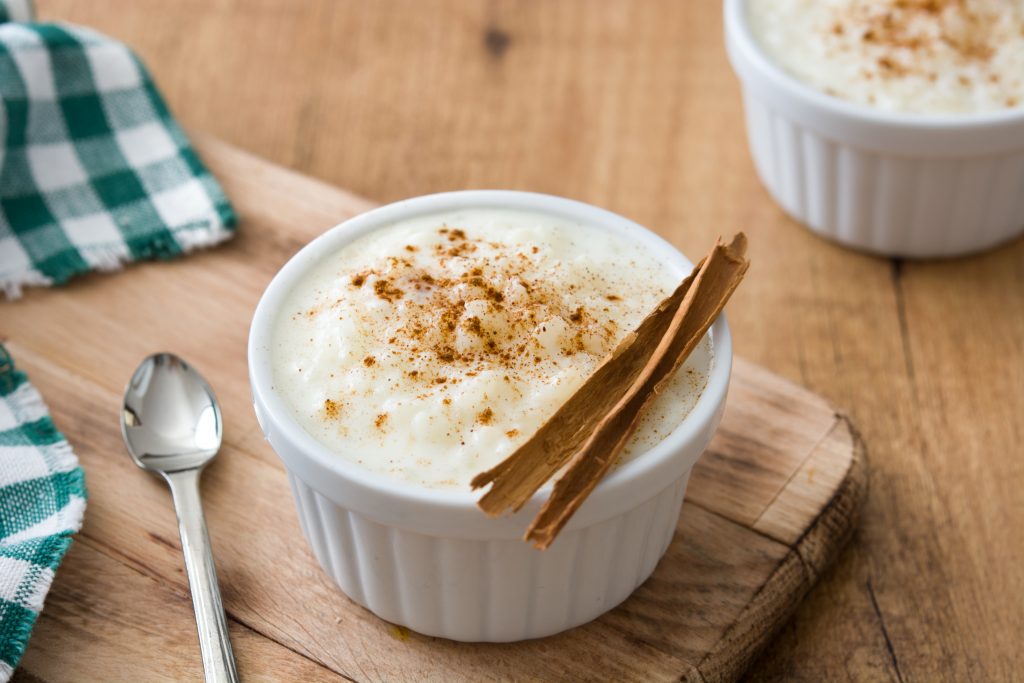 How Do You Make Sticky Rice With Regular Rice?

While it won’t taste quite the same as using traditional sweet rice, it’s totally possible to achieve a similar texture and taste. To make, you need to first allow the long or short-grain white rice to soak for sixty minutes before you cook it. Soaking the rice will allow it to achieve a stickier texture. Next, you’ll add one part rice and two parts water. So if you cook one cup of rice you’ll use two cups of water. To achieve a similar texture, boil the rice instead of steaming it or preparing it in a rice cooker. Bring the water to a boil and then reduce the heat, cooking the rice for an additional twelve to fifteen minutes or until all the water has been absorbed.

Why Does My Rice Get so Mushy?

This usually happens when rice is overcooked. To avoid this, keep a closer eye on the rice as it’s steaming or boiling. Boil the rice in an uncovered pot on low heat. Periodically check the rice. Remove move it from heat when it’s slightly chewy. By the time it cools it will have the perfect texture, without being mushy. Many people also make the mistake of cooking it on low for too long or cooking it on high and continuing to add water until the rice is tender. When boiling, bring the water to a boil then turn it down to medium-low heat and cook for twelve to fifteen minutes.

As you can see, learning how to make sweet rice is pretty simple. Whether you want to steam the rice, boil it, or cook it in a rice cooker, these directions are basically foolproof. So, if you follow these instructions closely, you can enjoy your favorite rice in the comfort of your own home. Using a rice cooker is probably the easiest method, however, steaming and boiling are both simple processes but will require you to closely monitor the rice as it’s cooking. While sweet rice is one of the easiest varieties of rice to prepare, just remember, the longer you soak the rice prior to cooking, the stickier, and more tender the rice will be.